Sustainable access to safe water is critical to the health and economy of rural communities in Tanzania. In the past, many communities have seen water systems fall into disrepair because of high costs and limited capacity to maintain and repair them. Solar power is creating new opportunities to provide rural Tanzanians with safe, affordable water.

In June of 2018, the Water for Development Alliance, a partnership between The Coca-Cola Foundation and USAID, collaborated with The Ohio State University’s Global Water Institute, Waterboys, WorldServe International, and their local Tanzanian partner Majitech, to deliver sustainable water access to over 70,000 rural Tanzanians. The project, WADA Tanzania: Entrepreneurship for Resilient Village Water Systems, in collaboration with the Ministry of Water, will empower communities to use solar-powered water systems to access safe water and establish maintenance and financial plans to sustain the water systems.

A year into the project, the team is making progress toward increasing access to sustainable water across the rural villages. Each village will receive a solar-powered water system and training for a private water operator, selected from the village, to run the system. The solar-powered system replaces expensive water pumps powered by either diesel fuel or electricity. The costs to run the pumps are high, and the availability of either fuel or electricity can be intermittent, which limits the village’s ability to access a sufficient water supply. Working with the community to install and operate the solar-powered water systems will improve the village’s self-reliance. A more sustainable and reliable water supply can increase economic and new business opportunities. Through June 2019, the team successfully installed complete systems, including boreholes, solar-powered pumps, solar panels, and well monitors in six villages.

For each system installed, the village owns the infrastructure and receives technical training from Majitech to operate and maintain the system. Each water system includes a solar panel and a Lorentz pump. The private water operator charges a nominal fee per user for 20 liters of water to cover the system’s capital replacement and maintenance costs. The operator customizes the capacity of the pump and the position of the solar arrays based on the groundwater flow rate. In addition, sensors and data modems are installed at each well to allow for remote monitoring. This locally managed system and its financial viability ensure village ownership and self-reliance.

There are many benefits to this collaborative approach with local partners. For example, this approach allows for collaboration on maintenance and troubleshooting if there are technical issues. The sensor will indicate the amount of water pumped and can provide visibility on private water operators and the village council’s finances and profitability. Additionally, the sensors measure groundwater levels so that the government and academic team can monitor recharge rates over time.

The system and the approach to implementing it address previous failures in rural water service delivery. It combines solar-powered water systems with multi-year maintenance support while accounting for the need to sustain the system with economic stability. Together, this presents a new paradigm for village water systems that can support the health and self-reliance of rural Tanzanians.

Give to Support this Project 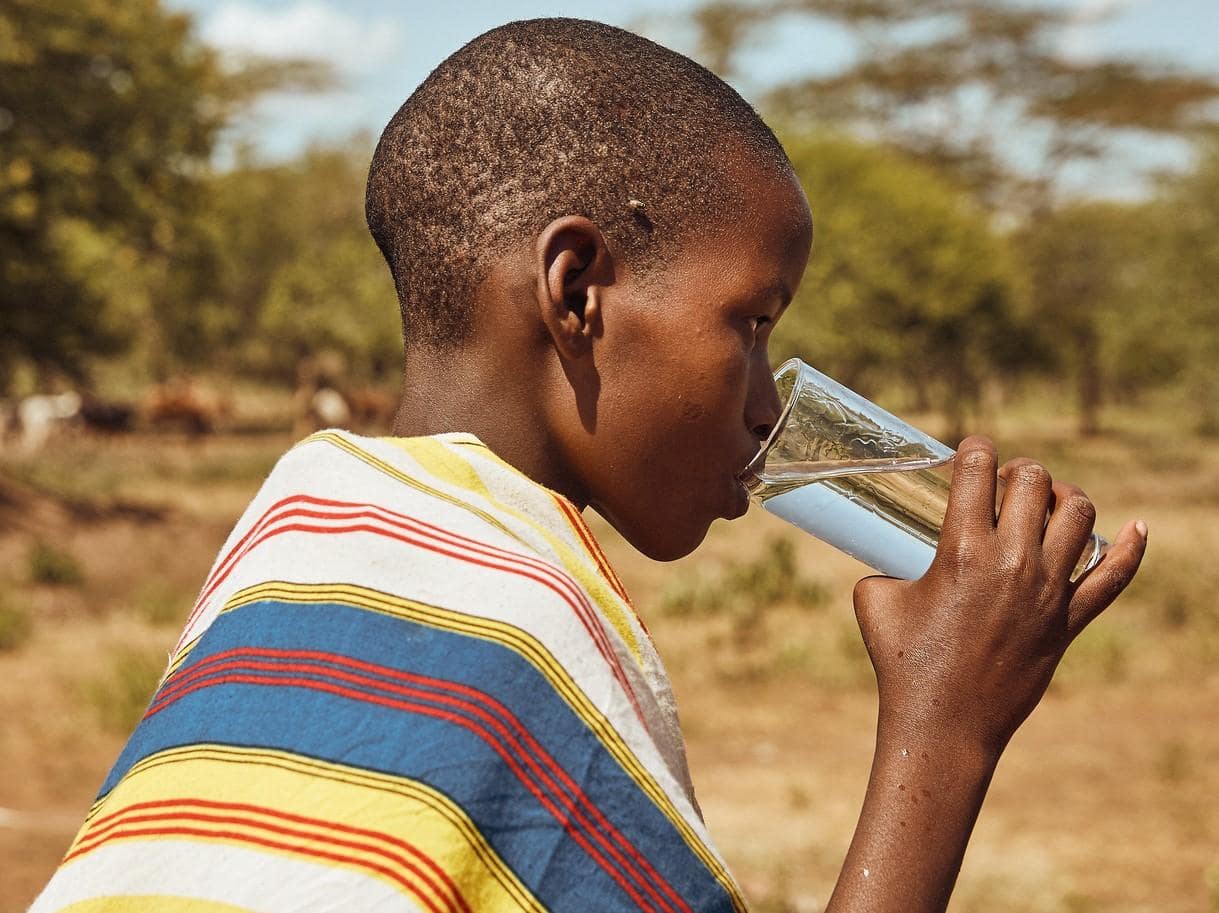 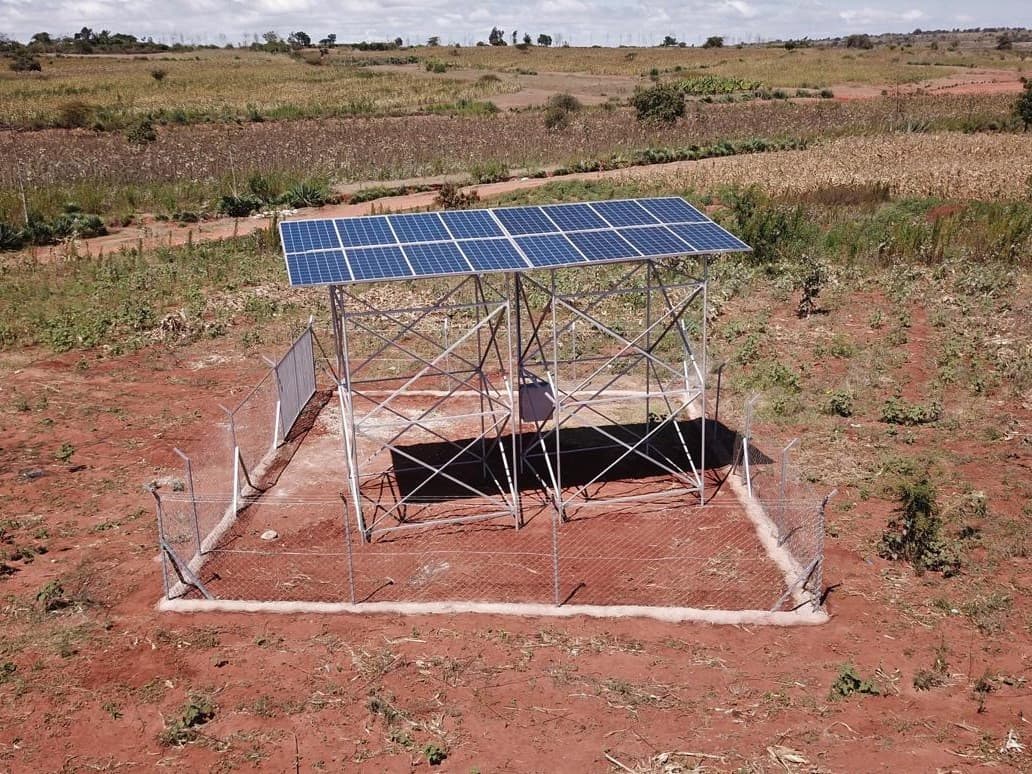 When I announced my retirement in May, the momentum of Waterboys and its visibility in the NFL weighed heavily on my mind. I knew my job was to find an active player who not only shares my passion for clean water but will get creative on how to champion NFL Waterboys and accelerate its growth.

Since NFL Waterboys has always been a team effort, looking to the roster of athletes already supporting the program was a natural start. Many of our Waterboys have made multi-year commitments to their well funding efforts and helped us raise awareness in key markets around the country. Our bench is deep, but one guy immediately stepped up to the challenge.

Today, I’m thrilled to announce Myles Garrett, of the Cleveland Browns, as the new captain of the NFL Waterboys roster.

I know Myles is up for the task and luckily, he’s surrounded by an amazing set of NFL Waterboys veterans and some new fresh faces. Check out our roster below.

This week, to kick off season 5 of NFL Waterboys and celebrate his new role, Myles is rallying his Dawg Pound to join him on our journey of delivering clean water to 1 million people by recruiting fans to join our effort.

And in the coming weeks, it will be your turn!

Each Waterboy will be using their bye week to add to our momentum and build a team of clean water supporters in their home market. So whether you’re flying an Eagles flag, part of Buc Nation, down for Da Bears, loyal to the Boys or anywhere in between – stay tuned to REPRESENT and IMPACT this crisis.

While Myles is holding it down on the field, I see my role expanding in other ways – recruiting new players, speaking to groups and organizations about the power of clean water, advocating with fans who want to see change in the clean water space, and supporting my team in expansion efforts with new leagues.

Suffice it to say, I’m accelerating through retirement.

2018 Walter Payton Man of the Year

Give to Support this Project 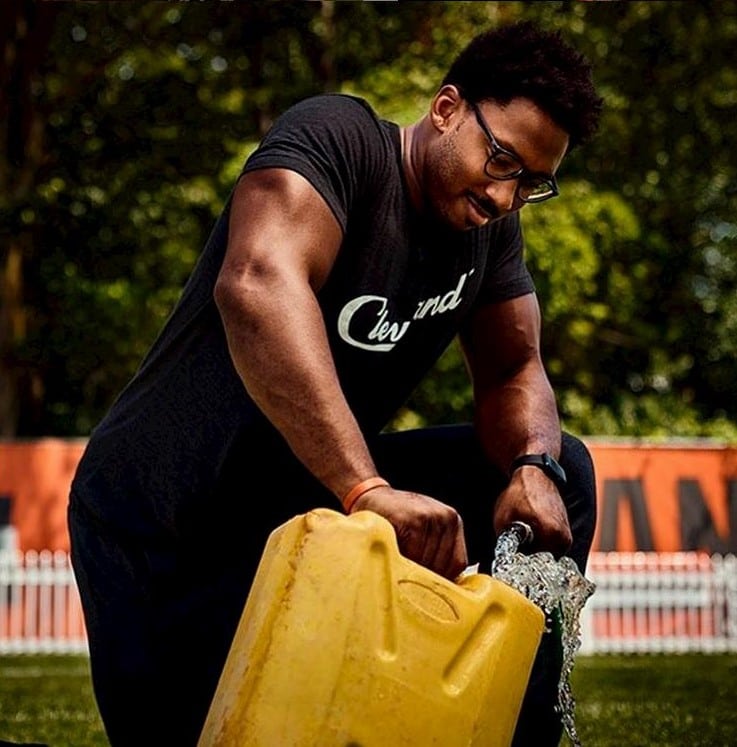 The concept of reaching 844 million people with clean water may feel intimidating. How can my small gift change lives? What if we told you that $25 provides one person with clean water for life?

Simply using your monthly coffee budget could mean complete transformation for one person at a time! It could be the difference between a young girl staying in school or a mother being able to go to work to provide for her family. That monthly gift is much more than a few cups of coffee- it’s life change!

With a monthly gift of your choice, you have the opportunity to partner with us on our journey to provide safe, accessible water for all!

Follow us on social media to stay connected daily

The Tanzania Water Fund is based in Phoenix Arizona and has been funding wells in Singida, Tanzania for over 15 years.  Ten years ago, TWF and WorldServe forged a partnership for mutual funding of water projects in this region because of the severity of the need for clean water.  Since then, TWF has partnered on over 35 clean water projects and intends to continue partnering with us to accomplish its mission: to solve the water problem in Singida by seeing that a deep well, power source and storage tank is provided to each village in the district. Dean Riesen, Chairman of Tanzania Water Fund, also serves as a board member of WorldServe International.

Join our email list to stay up-to-date about how clean water is changing the life of millions of people in East Africa!
By clicking the send message button above, you agree to our Terms of Service and Privacy Policy.
Close Window